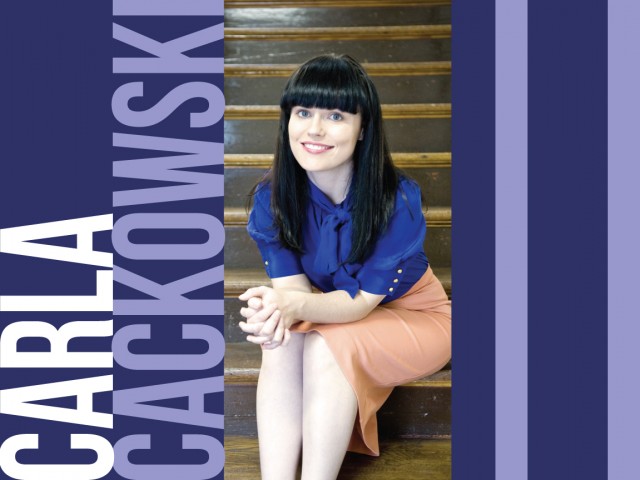 “Carla Snowden (Cackowski) is not only enthusiastic, she has a definitive, first-hand knowledge of and apparent love for the characters she creates.”  – LA Theatre Review

“With seemingly little effort, she slips into and out of a dizzying array of characters – all of them people she encountered on her adventure high seas – and makes each of them glow with life.”  – Audience Review, hollywoodfringe.com

Carla Cackowski is a writer and actor, originally hailing from Kentucky.  A graduate of the Conservatory at The Second City LA, Carla has improvised on house teams at both iO West and Upright Citizens Brigade.  She spent a year touring Alaska, the Caribbean, Canada, and Europe with The Second City Boat Co.  Carla has written and performed three solo shows that have toured LA’s theater circuit: Girl Overboard, Sister Mary Liar and Skinny Faces, Quacking Ducks.   Granny’s Squares, a storytelling show that she created and co-produced, had a run at iO West for over three years.  Carla has performed in festivals across the country, including the Del Close Marathon (NYC), San Francisco Sketchfest, Phoenix Improv Festival, Chicago Improv Festival, and Out of Bounds Comedy Festival in Austin, Texas.  Her voiceover work has been featured on television shows such as iCarly, Pretty Little Liars, and Cougar Town. Carla currently teaches improvisation to both teens and adults at The Second City in Los Angeles.