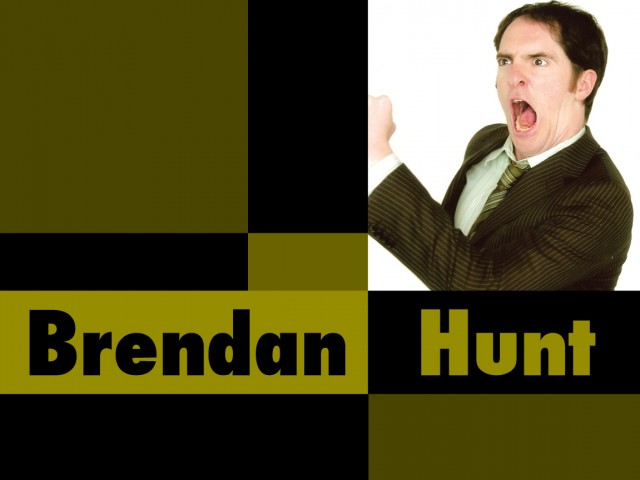 “(Brendan) Hunt’s ridiculously appealing, neurotic charm is the only thing keeping him from a serious gubbing.” – The List

“What sets this show apart is (Brendan) Hunt’s brilliant performance. From the start, when he demonstrates his improv skills by busking a song suggested from the uninspired suggestions of a badly-chosen volunteer, to the grand finale, he doesn’t put a foot wrong… Beyond the outrageous behaviour, there’s a real humanity to his warm storytelling…  it’s definitely time well spent.” – Chortle

Brendan Hunt is a born-and-bred Chicagoan and alum of the respected theatre program at Illinois State University. Brendan was weaned equally by the legendary theatre and improv scenes of his birthplace. Brendan came to LA by way after a Amsterdam, where he performed for five years with the notorious expat comedy group Boom Chicago. His first solo show, Five Years In Amsterdam, was based on that experience, and would be performed at the HBO US Comedy Festival, the Edinburgh Fringe, Second City ETC and elsewhere. Television appearances include Community, Parks and Recreation and Svetlana. His first foray as a playwright, Absolutely Filthy, opens in 2013 at LA’s venerable Sacred Fools Theatre Company. He can also be found at various LA music venues as Elvis Prestello, the Elvis impersonator who only sings Elvis Costello songs (loves his mama, hates Thatcher).